In a world of growing conflict, humanitarian agencies are increasingly confronting and responding to an array of complex humanitarian emergencies.

Complex humanitarian emergencies are typically triggered by armed conflict, and often lead to large-scale displacement of people, food shortages, famine and disease outbreaks. The situation can be exacerbated by a natural disaster, such as an earthquake, hurricane or tsunami. In this environment, relief aid can be hindered or blocked, and humanitarian workers may be put in harm’s way.

Lutheran World Relief is increasingly responding to complex humanitarian emergencies, given the global context: Over the past decade, the number of political conflicts worldwide has nearly doubled (278 in 2006 to 402 in 2016) and approximately 97 percent of global humanitarian response and resources are devoted to complex emergencies (citation: OCHA, World and Humanitarian Data and Trends 2017).

Over the past several years, Lutheran World Relief has responded to complex humanitarian emergencies across the world, including: 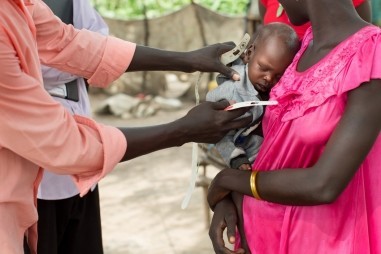 Lutheran World Relief has responded to the displacement and hunger crises caused by armed conflict in South Sudan. We have partnered with IMA World Health to establish health clinics offering emergency feeding and medical treatment to children and mothers in danger of starvation. We have assisted South Sudanese refugees living in camps in Uganda and Kenya. And with support from the U.S. State Department's Bureau of Population, Refugees and Migration, Lutheran World Relief and Lutheran World Federation have collaborated on a project focusing on child protection and education for Sudanese refuges living in camps in South Sudan. 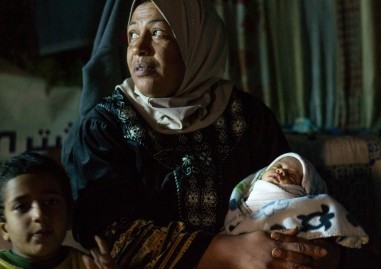 The war in Syria and the battle to defeat the so-called Islamic State in Iraq have caused widespread destruction and numerous causalities, and triggered a major flow of refugees and internal displacement. Lutheran World Relief has provided material support to Syrian refugees, and has supported programs in Mosul, Iraq offering vocational training and psychosocial services to families traumatized by the fighting in that region. 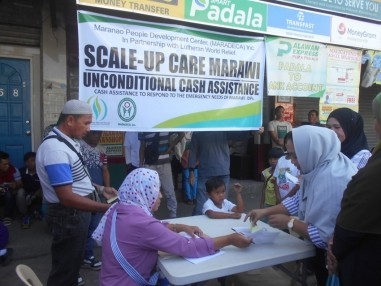 Lutheran World Relief worked with a local partner to provide cash assistance to families displaced by armed conflict in Marawi, Philippines, where government forces battled an Islamic State-inspired rebel group that resulted in a five-month siege of the city. The desperate conditions facing the displaced families were exacerbated by the damage caused by Typhoon Tembin, which hit just two months after the siege lifted. Lutheran World Relief provided cash transfers to families to meet their most pressing needs.